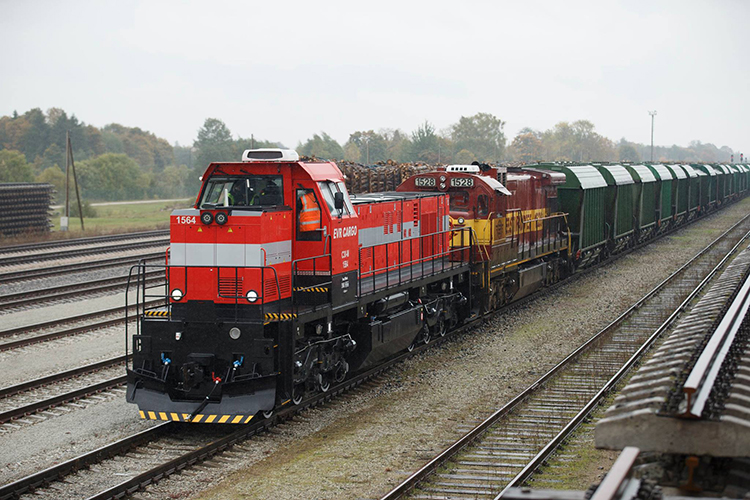 
Estonian rail freight operator EVR Cargo has ordered the modernization of 19 GE-built C30-7Ai locomotives from CZ LOKO. The modernized version is known as the C30-M and a first locomotive has already been tested on the Estonian network for several months now: loco 1564. The C30-M is powered by a Stage IIIa compliant Caterpillar 3512C engine with a power output of 1,550 kW. Its maximum speed lies at 100 km/h and its maximum tractive effort at 436 kN.


The technical design is not the only thing that has changed. The general appearance of the locomotive has been altered drastically and only the frame and bogies still remind of the original American C30 design. The cab also offers increased visibility compared to that of the C30-7Ai's.


The 19 C30-7Ai diesels currently in EVR Cargo's fleet have an interesting history. The locos were built in the 1980s by GE in Erie as C30-7A. As such, the locos were originally delivered to Conrail. Subsequently, the locomotives ended up with CSX and Norfolk Southern. In 2003, they were re-built into C30-7Ai and delivered to EVR.