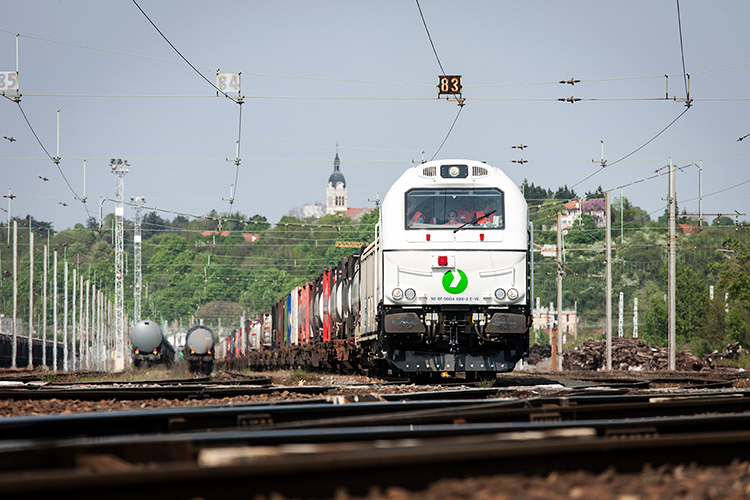 
Valencia, 15 April 2014. Two EURO 4000 locomotives, designed and manufactured by Vossloh Espańa in Albuixech (Valencia), pulled a freight train of 1,524 meters length on Saturday 12 April 2014 as part of the tests of the European Marathon project. To date, this was the longest freight train ever run in Europe.


The train was composed of two conventional trains, with 40 and 32 wagons each, coming from Germany. The coupled train, which consisted of 72 coaches (4,020 tons total weight), was operated at a speed of up to 100 km/h along a railway corridor between the French cities of Sibelin and Nîmes.


The most important technological innovation of this project is the remote control system that enables the communication between the locomotive at the head of the train with the second unmanned one in the middle part of the train. This new system gives the driver in the front locomotive a fully reliable control over the traction and the braking system of the whole convoy.


Vossloh’s R&D department has developed a new communication equipment that includes antennas to transmit signals in a safe way, a new control system and a driver’s desk with all the necessary operational parameters required for this project.


Marathon is a Research and Development Project co-financed with funds of the European Commission within the VII Marco Program. It started in April 2011 with a small budget of 4.4 million Euros and involves 17 members: companies, universities, associations, operators and European research centers. Apart from Vossloh also Faiveley, Schweizer Electronic, SNCF and RFF are among the project partners. The project is being coordinated by New Opera.