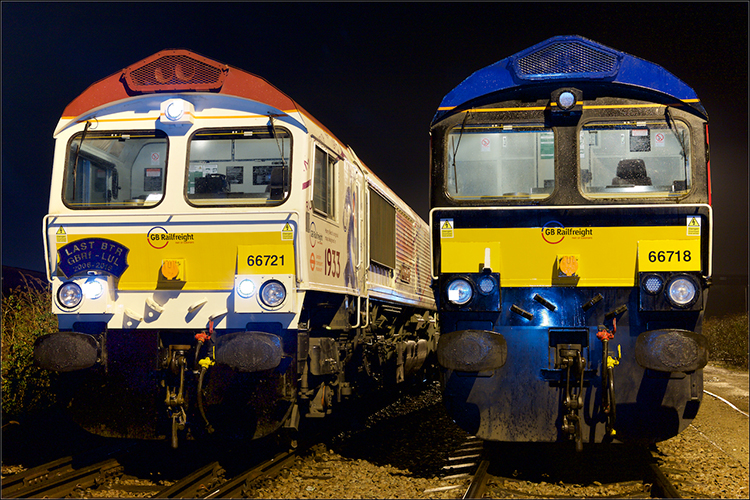 GB Railfreight 66718 and 66721 lined up at Wellingborough Yard before being attached to the last train of the ten-year London Underground Limited contract, which was the 6Z63 Wellingborough Yard to Barking on March 24, 2016. Picture by Richard Gennis.


On November 15, EQT Infrastructure II announced that it had completed the acquisition of GB Railfreight from Groupe EuroTunnel through an indirectly owned company within the Hector Rail group. Founded in 1999 by the current CEO John Smith, GB Railfreight is the third largest rail freight operator in the UK, and provides a wide range of rail transport solutions and rail services.


The Company’s team of 650 people operates over 1,000 trainloads a week, moving 15% of UK’s rail freight. GB Railfreight has a fleet of over 130 locomotives (including 1 Class 59 and 78 Class 66 locomotives) and 1,100 wagons, transporting goods for customers including Drax, Network Rail, EDF Energy, MSC UK, Aggregate Industries and Tarmac.


Bo Lerenius, Industrial Advisor to EQT and Chairman of the Hector Rail Group, says: “As one of the UK’s leading rail freight operators, GB Railfreight has proven its strength in the rail industry. The focus on innovation and delivery of outstanding customer service are two key factors that make us believe that GB Railfreight is an excellent fit with Hector Rail.”

Graphic of GBRf 66737 'Lesia'. This locomotive graphic and many more can also be found on our Class 66 Poster.