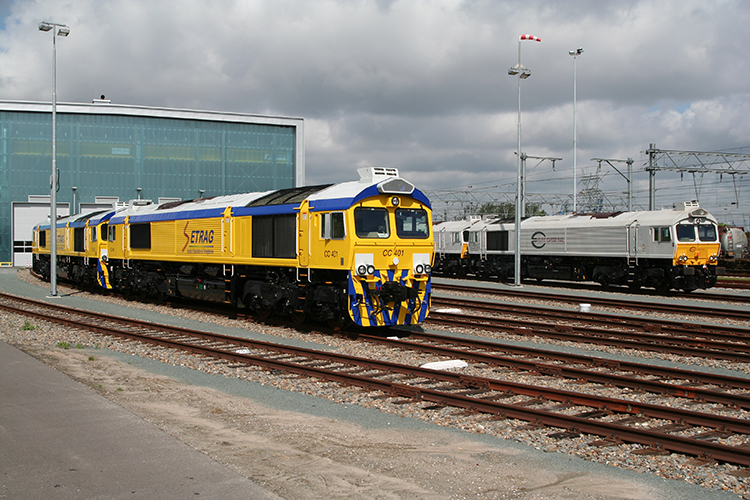 Today we received the first image of a Class 66 locomotive of Gabonese operator SETRAG, made by André Korevaar. In fact, it shows the first two locomotives (CC 401 & CC 402) for this operator after they were modified at the former Nedtrain workshop (now Shunter) at Rotterdam Waalhaven Zuid.


Both units were originally built for Crossrail Benelux, that would lease them from an undisclosed leasing company. Between December 2011 and April 2012, they entered service in Gabon together with four newly built locomotives (CC403-406).