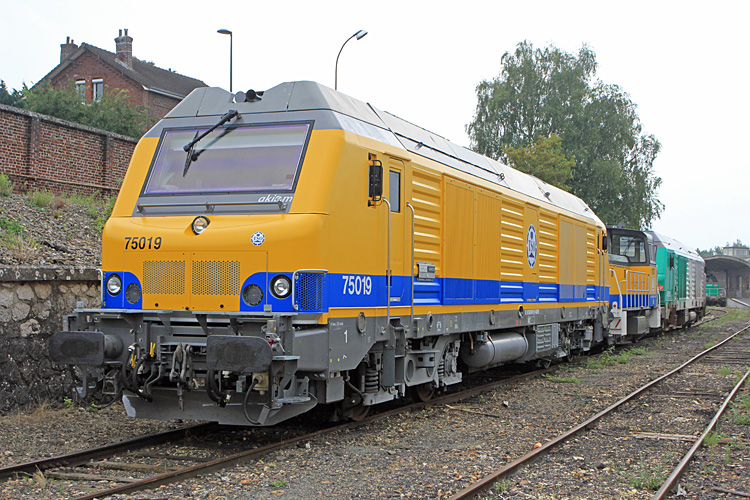 TSO is set to take on a number of Prima diesel locomotives on lease from Akiem. Units 75017 and 75019 have already been identified in TSO colour scheme, more locomotives are likely to follow. The locomotives are to be used during the construction of the LGV Tours - Bourdeaux instead of the Class 58 locomotives formerly used by TSO.


Update: On this forum (link) it is mentioned that TSO will hire fifteen locomotives from Akiem. Also 3 Y8000 shunters are part of the agreement. Of course, this information is still subject to confirmation.