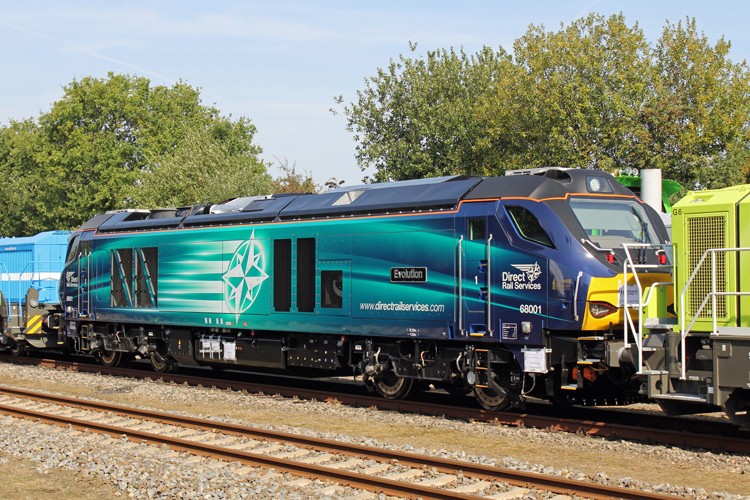 
Meanwhile, on the other side of the water, 68001 has arrived at the Vossloh works in Kiel. Here it is prepared for the InnoTrans trade fair. Update: the locomotive is on the move again, together with a number of other Vossloh locomotives (see image).