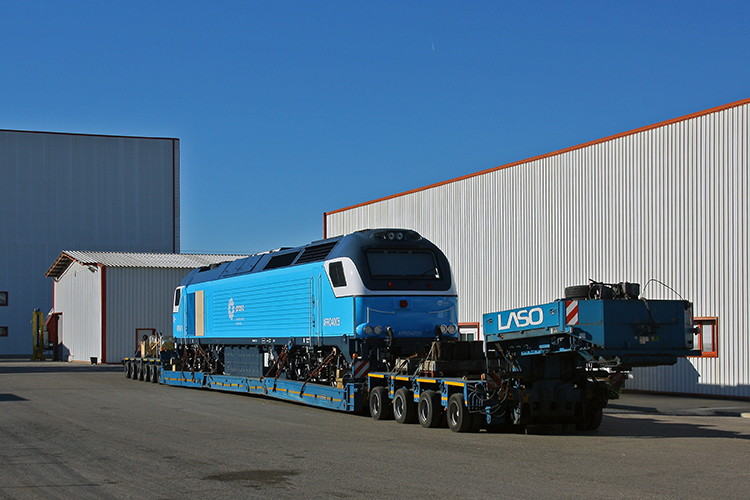 In the morning of 9 December, two EURO 4000 locomotives for PRASA (AFRO4004 and AFRO4005) left the Vossloh works on low loaders and headed for the port of Porto. There, they will be loaded onto a ship for further transport to South Africa. On December 8, AFRO4005 was still waiting on its low loader at the Vossloh works in Albuixech.