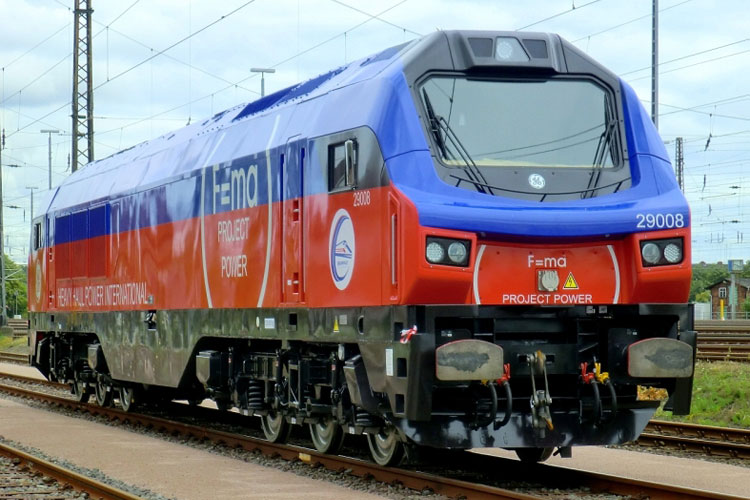 Two PH37ACai (version for European mainland) PowerHaul locomotives have been residing at GE's locomotive works in Erie, Pennsylvania for tests. They were first two locomotives of their type that were assembled by Tulomsas:


The second locomotive (TLMGE 002) appears to have been shipped directly from Turkey to the USA upon completion.


It appears that one of the two locomotives is now making its way to Europe. Ro-Ro/Containership Atlantic Compass is on its way to Antwerp with a PowerHaul locomotive on board.


Update (x3): After calling at Antwerp, the Atlantic Compass headed for Göteborg, Sweden. Now the ship seems to be on its way to Hamburg again, where it is expected to leave again tomorrow night. So let's see where the locomotive will turn up.