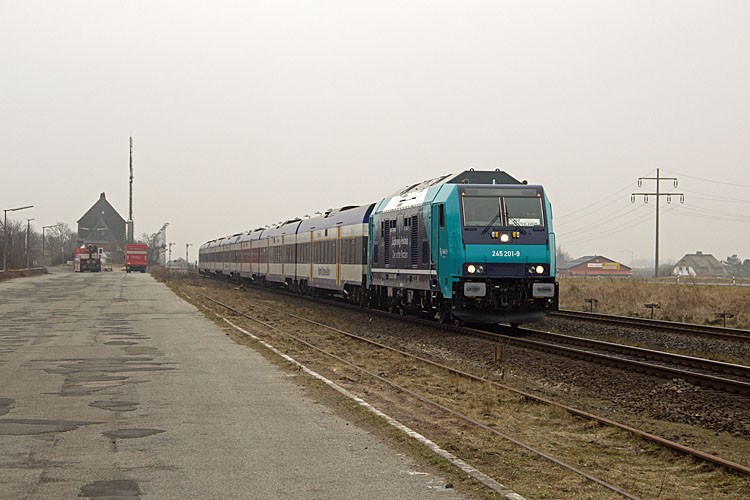 Sometimes it goes really fast. Last week, the first Traxx DE Multi Engine was delivered by Bombardier in Kassel to Nahverkehrsverbund Schleswig-Holstein (NAH.SH). Today it had its first day of revenue service. Main purpose of practice test runs is to measure the fuel consumption of this four-engine diesel locomotive under -real- conditions.

Soon, fifteen such machines will be available for the operator that will take over the -Marschbahn- services as of December 2015. That may be the NOB again, or a different operator. NAH.SH still has to announce what company will be awarded with this contract.


The to-be-selected operator will take over the rakes of married-pair coaches as shown in the pictures. You see the 245 201 pulling the train, as push-pull operation is not possible yet. This requires re-wiring the coaches and adjusting their driver cabs. A first set is now under -construction- already, and until December all sets will be done. For now, to replace the set that is under construction, the NOB has taken a set of six older -flex-park- coaches back into service.