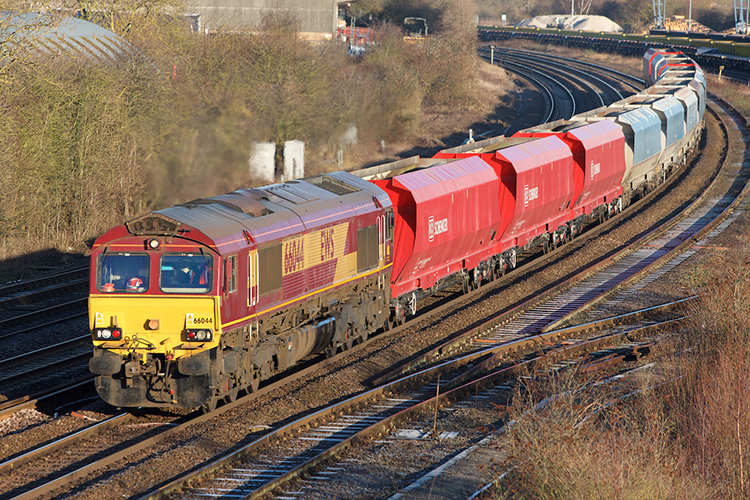 A shot of DB Schenker's first loco fitted with the Auto Engine Stop-Start system, which entered service in early February 2015. After trial loco 66176, which was fitted the AESS system twelve months ago, it is the first of ninety locomotives to have come into service with the system. 66182 is the second locomotive with AESS technology that is now in daily traffic.