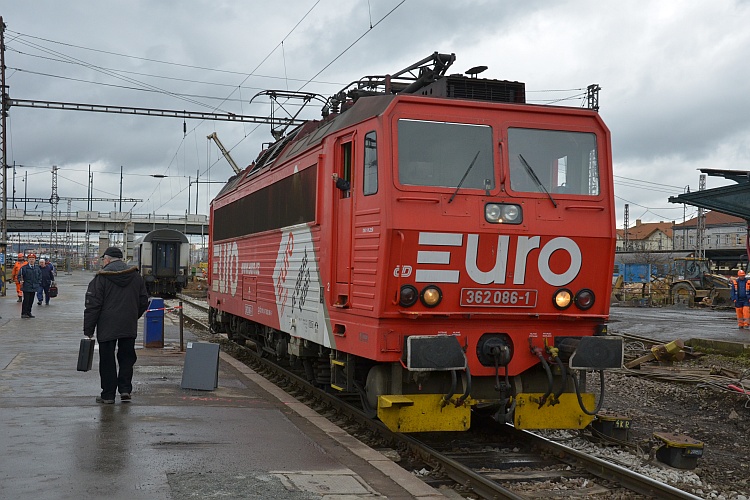 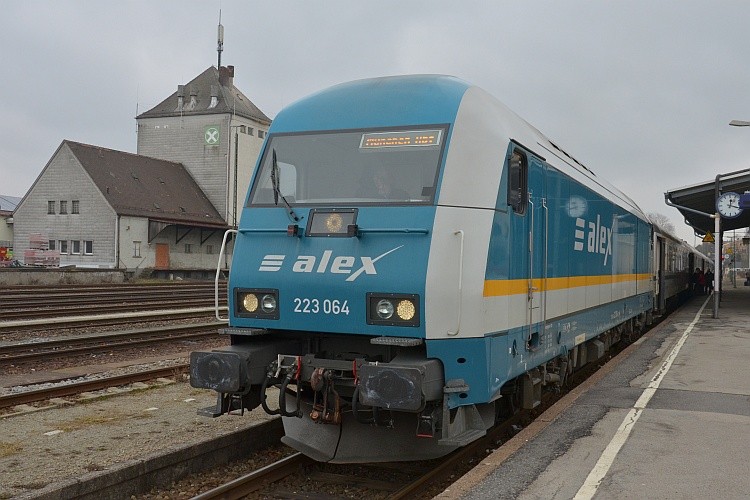 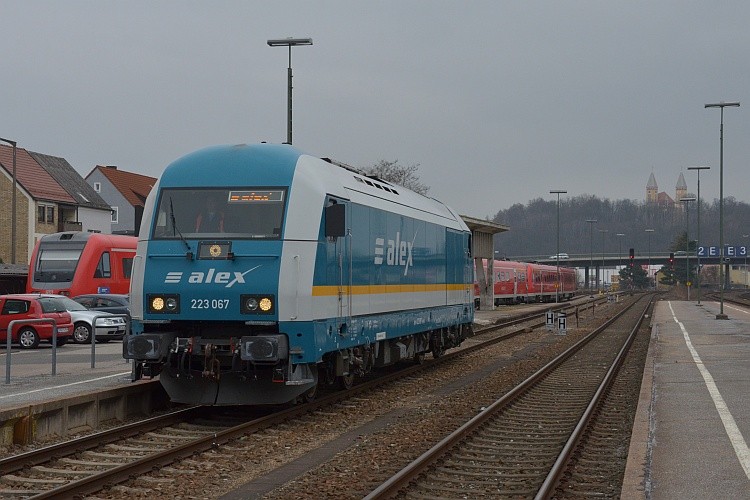 EC 354 Franz Kafka operates between Prague and Munich. No less than 4 different locomotives are used throughout the journey. Fot the first part (Praha – Plzen) Ceské Dráhy provides a 362. This two system loco is necessary, as Praha – Beroun is electrified with 3000 V DC, after Beroun there is a changeover to 25000 V AC.


For the second part (Plzen – Schwandorf, passing the Czech-German border at Furth im Wald) an Alex EuroRunner is used. Because of direction change, another Alex EuroRunner is attached for the third part (Schwandorf - Regensburg). In Regensburg there is another direction change, but also German catenary is available for the last part (Regensburg – Nürnberg), thus an Alex Taurus 183 is convenient. The coaches for this service are provided by Ceské Dráhy, including a restaurant car.