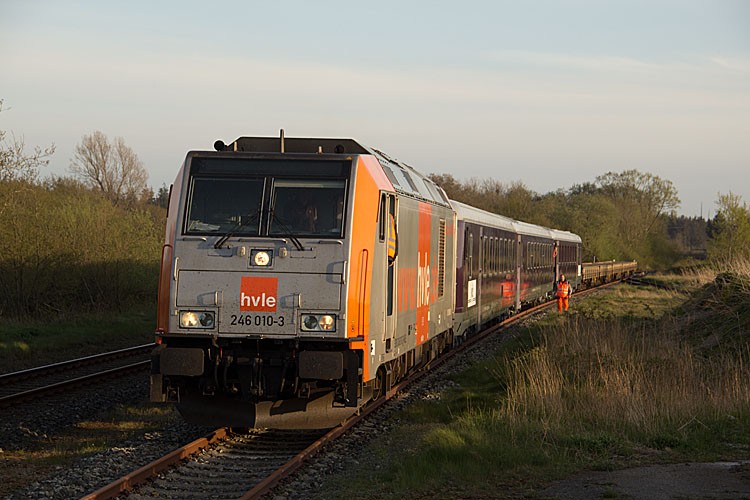 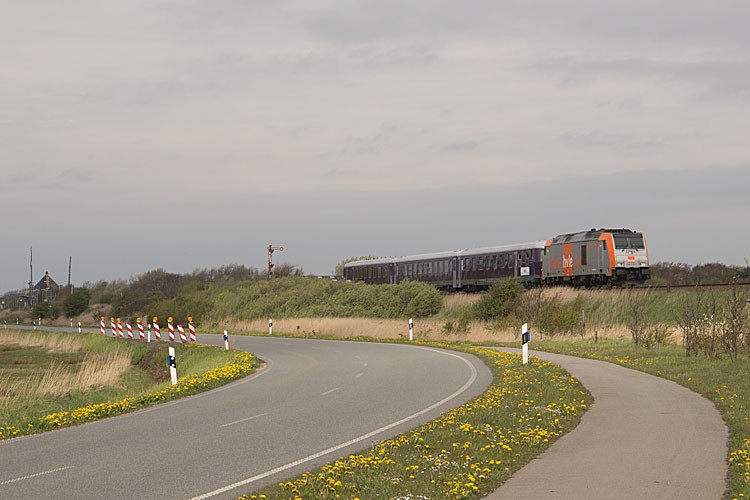 RDC Deutschland has recently announced its plans for starting its own car shuttle between Nieb³ll and Westerland (Sylt) The company has been awarded train paths and has now also started tests with rolling stock. hvleĀTraxx 246 010-3, an ex-ųBB 4010 passenger coach composition and a number of flat wagons were used for the trials.