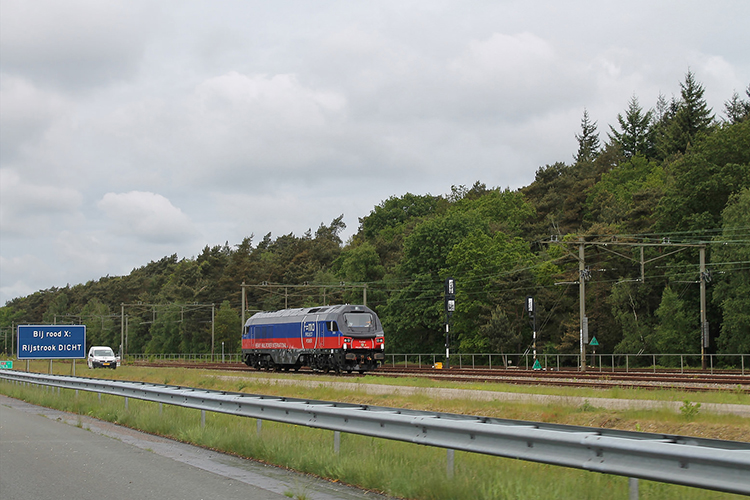 Last week, HHPI 29009 performed a number of detection runs in the Netherlands. A year ago, HHPI 29008 was also in the Netherlands, but for testing of the ATB train protection system. The picture shows 29009 on May 25 at Maarn Goederen, where it was awaiting a new night of test runs.


After a period of testing, the locomotive was transported to Roosendaal, where it remained until at least the morning of June 4. If and when the locomotive will be (or has been) moved abroad again is still unclear to us.