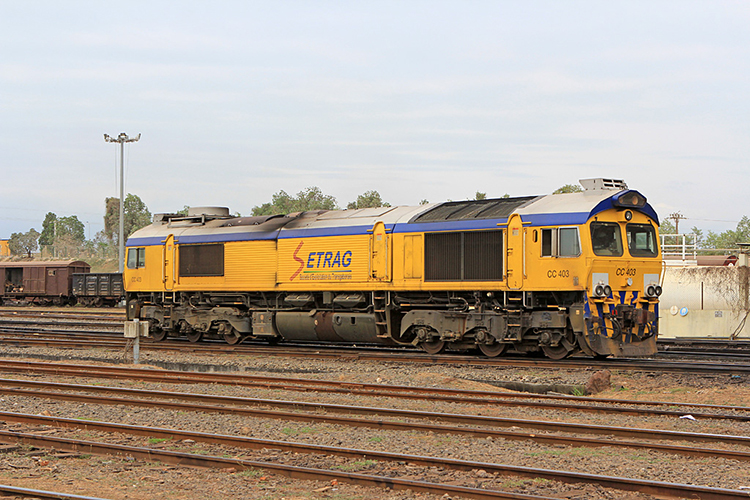 Sometimes an image deserves a little extra attention. For example this first image of SETRAG CC 403 made by Nicolas Villenave, showing the locomotive in Owendo, Gabon. It is one of six Class 66 locomotives delivered to the Gabonese operator in the period 2011-2012.


The first two locomotives (CC 401-402) were originally built for Crossrail Benelux in 2008 as part of a batch of four, but never delivered to the Belgian operator. Instead, the two were sold to SETRAG and modified by NedTrain in Rotterdam in 2011. The locos had already been shipped to the Netherlands in 2009 and had been in store for two years.