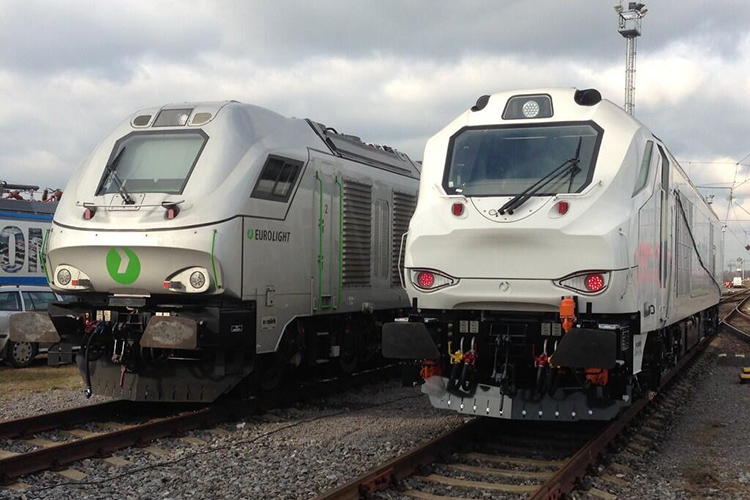 Stadler Rail: Bussnang, 4 November 2015 – Stadler Rail AG is to take over the Valencia-based locomotive business Rail Vehicles from Vossloh. The Spanish locomotive manufacturer has an annual turnover of more than EUR 200 million and employs approximately 850 people at its headquarters in Valencia. The purchase agreement was signed in Zurich yesterday, on Tuesday, 3 November 2015. Besides providing Stadler Rail with a foothold in the new market segment of diesel-electric locomotives, the takeover will offer the chance to tap into new, Spanish-speaking markets. Rail Vehicles has also built up a strong position in recent years in the areas of LRV, trams and metro vehicles.


The transaction is subject to the approval from the regulatory authorities. With the sale scheduled to be completed by the end of this year, the parties aim to execute the transaction in the first quarter of 2016. The transaction will take effect retroactively as of 1 July 2015. The takeover price is EUR 48 million.


Rail Vehicles is based in Valencia, where it develops and produces innovative diesel-electric locomotives such as the EURO 4000 – the most powerful diesel-electric locomotive in Europe. In addition, the company also develops and produces innovative metro trains, trams and Train-Trams at its headquarters in Valencia, and has established a strong market position in these areas. Rail Vehicles posted an annual turnover of EUR 223.2 million in 2014, and a turnover of EUR 182.4 million for the first nine months of 2015.


The takeover will also see Stadler Rail gain a foothold in new, Spanish-speaking markets around the world, with Rail Vehicles providing Stadler Rail access to markets on the Iberian peninsula, in South and Central America and in Africa.


Furthermore, this strategic move by Stadler Rail is a response to the consolidation wave caused by the merger of CNR and CSR to form the giant CRRC in China. The takeover of Rail Vehicles offers Stadler Rail the chance to consolidate its position in the European market.


An experienced management team
Thomas Ahlburg, Deputy CEO of the Stadler Rail Group, declared: “I am delighted that we have been able to take this step and integrate a company which not only represents the perfect addition to our product portfolio but also opens the door for us to several new markets. Rail Vehicles is an innovative company with a real competitive edge in the area of diesel-electric locomotives, and we are fortunate to be inheriting a highly experienced and motivated management and engineering crew.”


Hans Martin Schabert, CEO of Vossloh, added: “We are very pleased to have found such an experienced, respected and reliable buyer in Stadler Rail, and are convinced that the expertise, experience and company philosophies of both vehicle specialists complement each other perfectly. Being part of the Stadler Rail Group will afford Rail Vehicles great prospects for future development.”


New Division Latin for Stadler Rail
Stadler Rail is planning to integrate the Valencia location and its approximately 850 employees into the Group as the new Division Latin. The site has also been earmarked for a new competence centre for locomotive construction.


Read all about Vossloh Locomotives' product portfolio in our dedicated section.