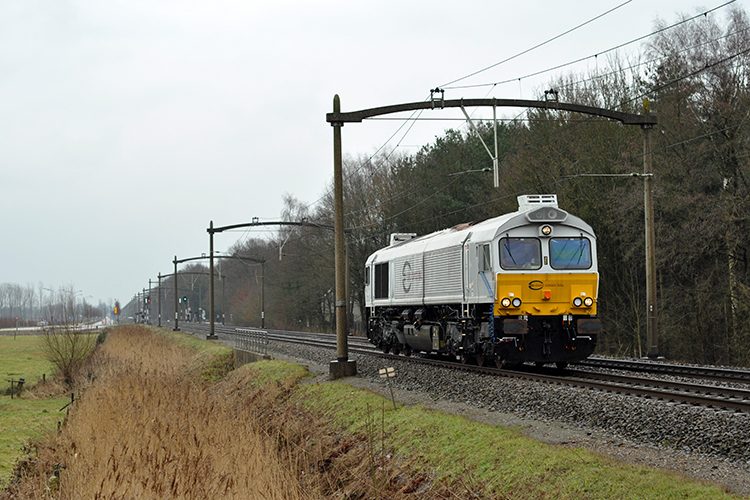 In 2010, the NedTrain workshop in Tilburg was still open and many Class 66 locomotives were still in the process of final assembly there after having been built by EMD in London, Canada. On some occassions, test runs on the Dutch network were held with the new locomotives, even when they were not configured for operations in the Netherlands.