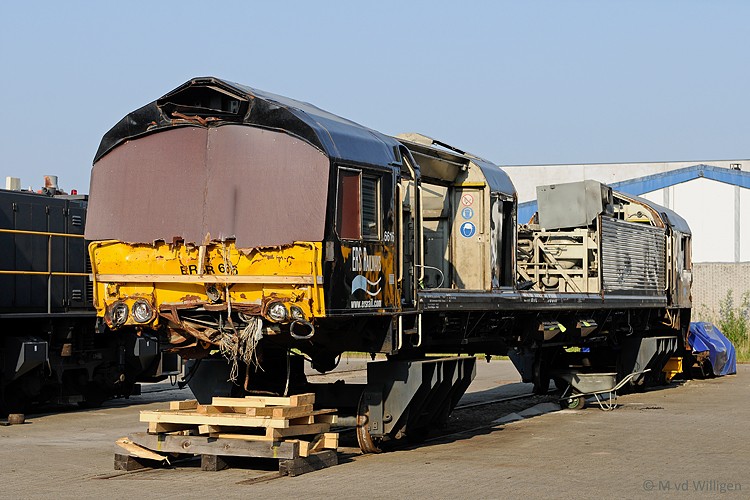 On 24 September 2009, ERS Railways 6616 was involved in a frontal collision near Barendrecht in the Netherlands. On 23 April 2011, the locomotive still resided at the NedTrain works at Waalhaven-Zuid, where it was stripped from many still useable parts. Although unconfirmed, it has been indicated that the locomotive's diesel engine has been re-used in one the Class 66 locomotives currently under construction (66773-66779).