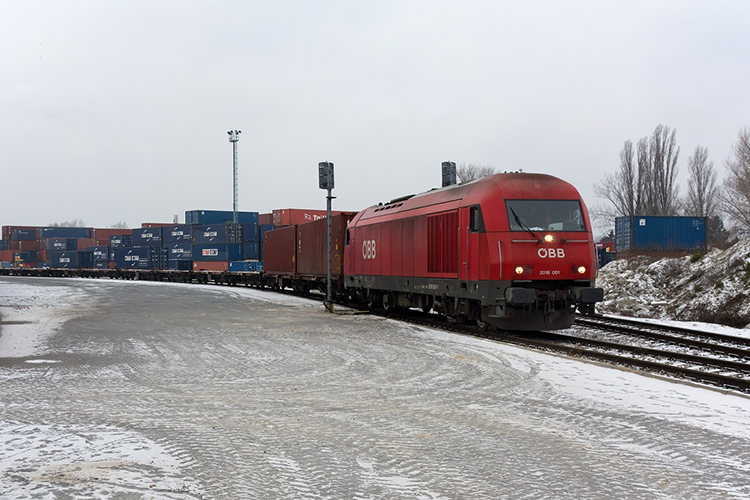 On 25.11.2015, Rail Cargo Carrier - Slovakia (the Slovakian licensed operator of the Rail Cargo Group) ran its first train under its own license in Slovakia with Taurus locomotives. On January 4, also the ÖBB 2016 Hercules premiered on freight services in Slovakia under the company's own license. The image shows loco 2016 001 with the freight train in question at the Container Terminal Bratislava operated by Rail Cargo Operator - CSKD.