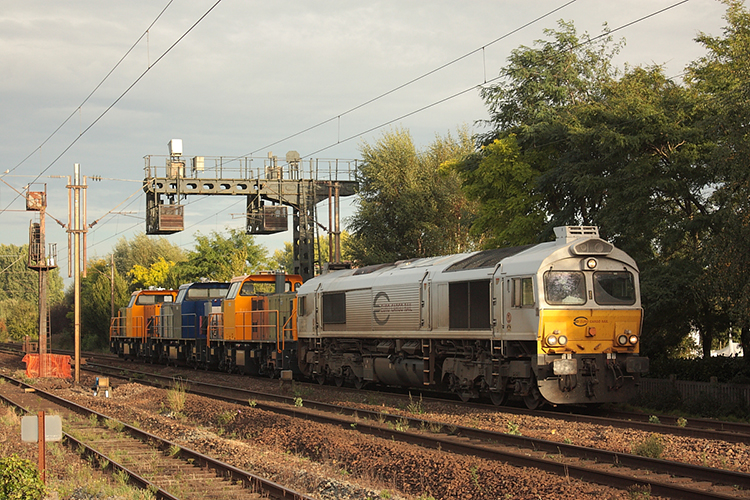 On September 3, Nicolas Beyaert captured ECR 77003 on camera while passing Hazebrouck with three former DB Cargo Nederland Class 6400 diesel locomotives in tow. The three locomotives have been acquired by EuroTunnel, increasing its fleet of MaK locomotives to 10. The locos in question are:


Locomotives 0008 and 0009 have been repainted in the orange and grey livery we know from other EuroTunnel MaK locomotives, but 0010 has received the blue and silver Europorte livery. The latter will be used for shunting purposes at the shunting yard at Calais-Fréthun. In late 2010, EuroTunnel also acquired two DE6400 locomotives from DB Cargo Nederland (then still named DB Schenker Rail Nederland): the designated 6456 and 6457, which now runs as 0006 and 0007 respectively.


More images and info abouth these locos at Loks-aus-Kiel.de.