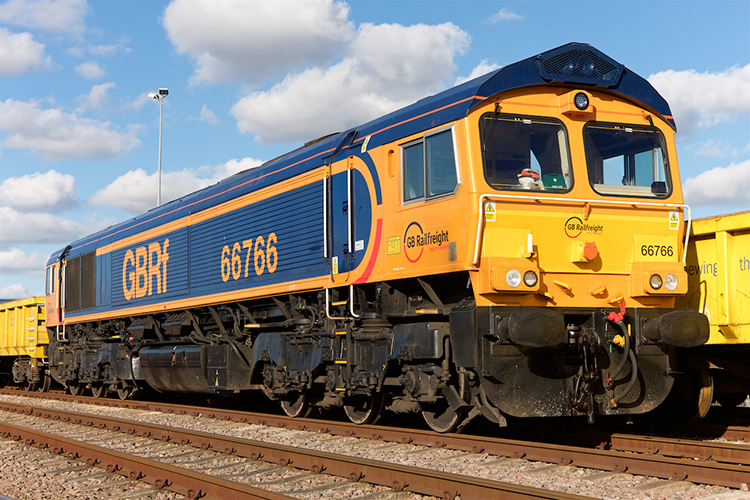 GB Railfreight 66766 stabled in Wellingborough Yard waiting for its next duty on February 18, 2016. Picture by Richard Gennis.


On October 18, the Eurotunnel Group (GET) announced that it has received a binding and irrevocable offer from EQT Infrastructure II, for the potential acquisition of its subsidiary, GB Railfreight (GBRf), the third largest rail freight operator in the UK.


The offer will shortly be presented to the Group’s staff representative bodies for consultation. The transaction would give a new direction to GBRf, which was created in 1999, based on the quality and commitment to development of the EQT group. EQT is a Swedish private equity investor and also owns a 95% share in Hector Rail. With the acquisition of GB Railfreight, the company further gives shape to its plans to create an independent rail freight operator operating on a European scale.


Acquired by the Eurotunnel Group in 2010 for Ł25 million, GBRf has more than doubled its activities, leading to forecast revenues of approximately Ł125 million whilst at the same time significantly improving its profitability.


Following the consultation and acceptance of the offer, the additional liquidity would open up new opportunities for GET to develop its core infrastructure and transport business, particularly through the delivery of the ElecLink electrical interconnector project, for which the construction works are now getting under way.


The Group’s French rail freight activities, managed by Europorte in France, are not included in the offer received. Europorte France will remain focused on its own development to deliver constantly improved customer service, with the goal of becoming the foremost private rail freight operator in France.


Jacques Gounon, Chairman and Chief Executive Officer of Groupe Eurotunnel SE, about the sale: “I am convinced that EQT is the right owner to take GB Railfreight to the next level, given their strong focus on growth and sustainable long term value creation. GBRf has been a great success, proving that significant value can be generated in this sector. On the strength of its results, the Group will continue to favour long term investments and shareholder return”.

Graphic of GBRf 66737 'Lesia'. This locomotive graphic and many more can also be found on our Class 66 Poster.