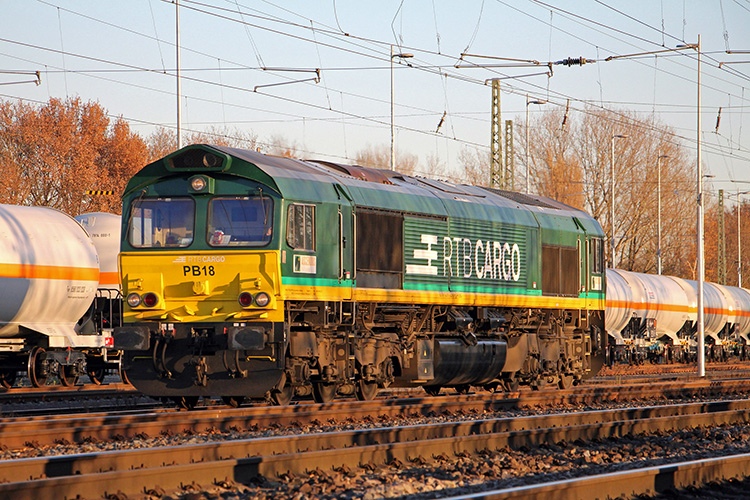 
Two months ago, on September 5, Rurtalbahn Cargo GmbH officially re-branded as RTB CARGO GmbH. Also, a new logo was introduced which was first applied to some of electric locomotives in the company's fleet. Now, the logo is gradually spreading throughout the fleet and, of course, the operator's Class 66 locomotives are not forgotten.