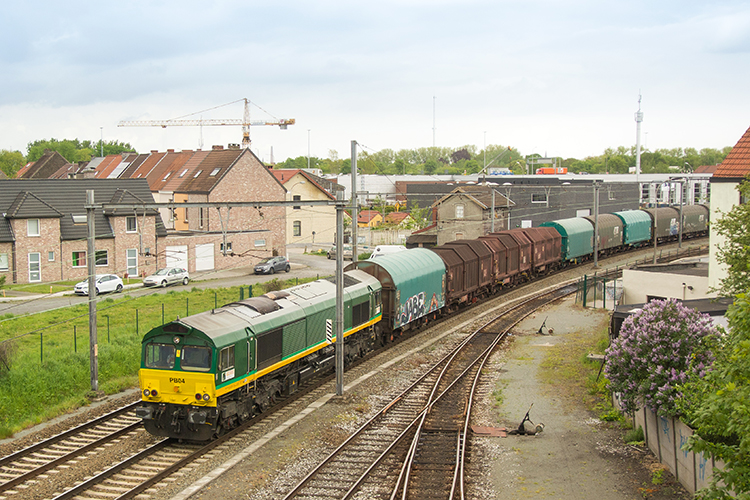 Hired to B Logistics, PB 04 heads a rake of steel wagons through the Belgian town of Gentbrugge on May 7, 2015. Picture by Stephen van den Brande.


On April 30, 2015, B Logistics became the new lessee of Class 66 locomotive PB 04. After a brief period of domestic operations with the locomotive, PB 04 was subhired to Heavy Haul Power International (HHPI) until February 2016. A few months later, between September and November, Crossrail Benelux hired the locomotive from B Logistics.


Now, the locomotive is back. It is used internationally on limestone trains between Hermalle-sous-Huy and Oberhausen. Previously, two HLD 77 diesel provided traction for these trains, but they proved to be too light for the job. 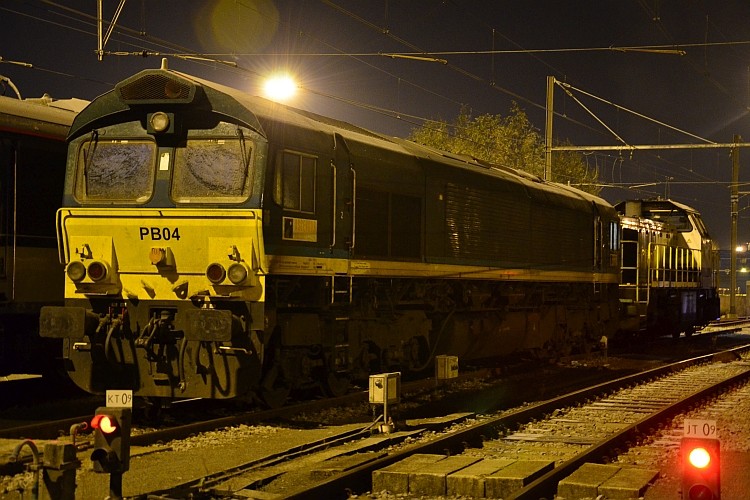 Class 66 locomotive PB 04 and HLD 7704 'Bamako', a locomotive of the type that is replaced on Hermalle-sous-Huy - Oberhausen limestone services, at Tractiewerkplaats Antwerpen-Noord on November 30, 2016. Picture by Harald S.

Graphic of B Logistics PB 04. Graphics of Ascendos Class 66 locomotives are also represented on our Class 66 poster.