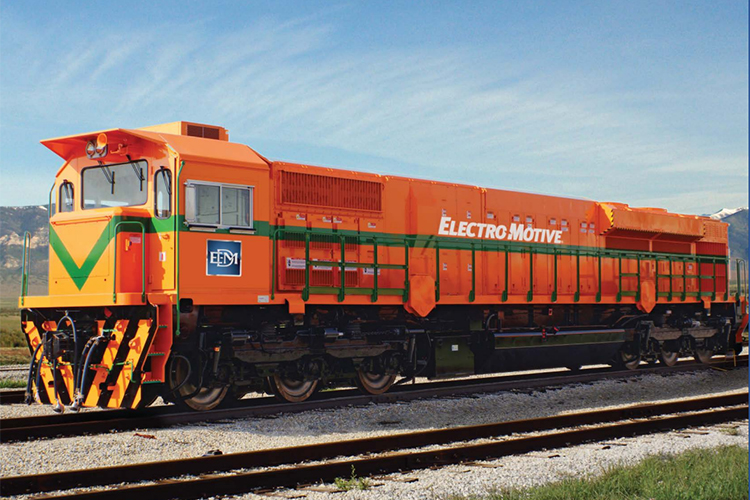 An EMD GT46AC locomotive at an unknown location. Picture by EMD.


EMD has delivered the first four GT46AC diesel locomotives of a total batch of 16 to Brazil's Valor da Logística Integrada S.A. (VLI). The metre-gauge locomotives have been built by EMD at its Sete Lagoas plant and left the factory in November 2014. This month (February 2015), the locomotives entered service on the Central-Southeast Corridor. They are the first AC locomotives to enter service on Brazil's metre-gauge network. By choosing for AC locomotives instead of DC locomotives, better traction control is achieved in combination with 50% better hauling capacity compared with two locomotives with the same weight and power.