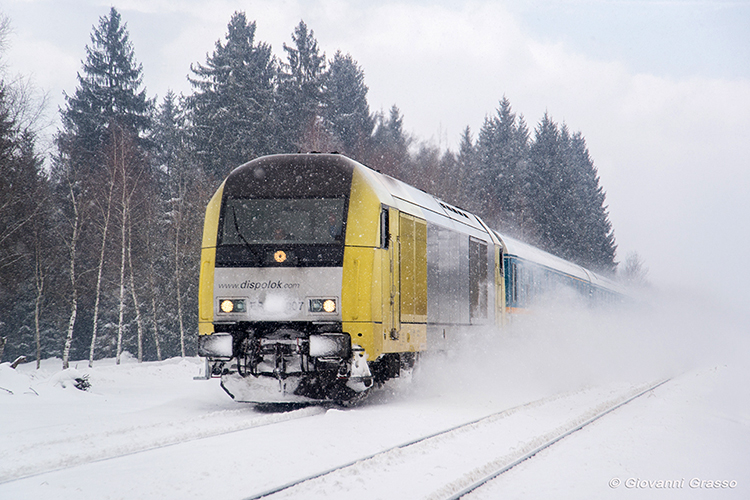 MRCE ER 20-007 with an ALEX passenger train near Hergatz on February 8, 2015. Picture by Giovanni Grasso.


That Mitsui Rail Capital Europe has the intention to restructure its fleet by selling its diesel locomotives and focusing on larger fleets of electrics is no secret. In many cases, the various types of diesel locomotives were also relatively small in number, creating a fragmented diesel fleet. In the second half of 2015, MRCE already sold its Class 66s and all but one ER20 to Beacon Rail Leasing. Also its portfolio of Vossloh-built locomotives has been reduced gradually over the last years.


Eurailpress now reports that talks have been held with an undisclosed potential buyer regarding the sale of the remaining diesels. This would concern an investor focused on diesel locomotives. Beside ER 20-007, MRCE still owns 4x G 1000 BB, 25x G 1206 and 4x G 2000-3 BB in various country configurations. The deal is expected to be closed in the first quarter of 2017, whether ER 20-007 is part of the deal is not clear for now.