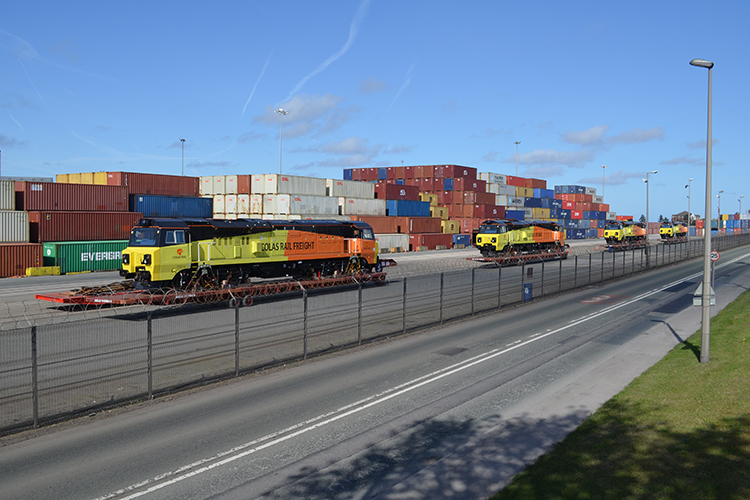 
In the early morning of 18 April, the Atlantic Cartier arrived at Liverpool Seaforth Docks. On board, the vessel carried the final four PowerHaul locomotives of an order for seven of the type: 70814-817. 70812 was the first locomotive to arrive in the UK, followed by 70811 and 70813. The seven locos raise the Colas Rail PowerHaul fleet to seventeen and the total number of locos in the UK to 36.