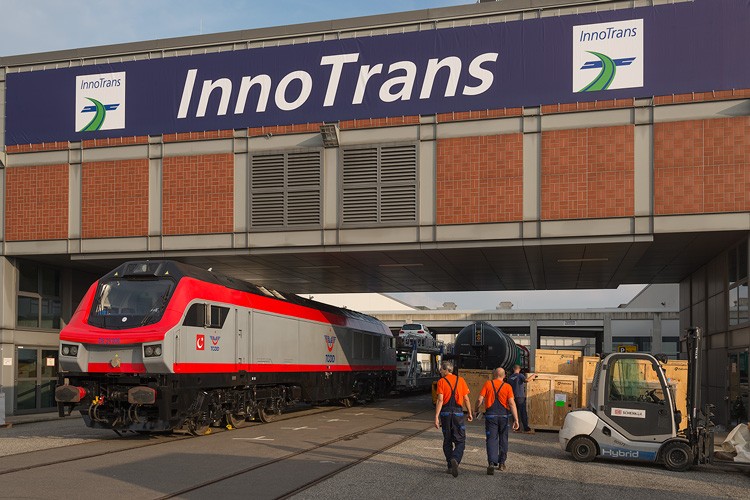 Also during the 2014 edition of InnoTrans a PowerHaul locomotive for the European continent (PH37ACai) was present. This time GE Transportation brought a locomotive in TCDD livery with the fictive number DE 29006, reminding of both the HHPI service numbers (29000) and the Turkish ones (DE 36000). Two years ago, GE Transportation presented a locomotive temporarily designated as HHPI 29008, which was preceeded by a PowerHaul for the United Kingdom in 2010: Freightliner 70007.


Although it looks like the locomotive is destined for TCDD on the outside, DE 29006 will not be delivered as such. Technically, the locomotive is configured for operations in Western Europe. The TCDD livery has been applied to celebrate the delivery of 20 PowerHaul locomotives to TCDD, which is currently ongoing. DE 29006 is also the locomotive that visited Sweden in 2013 for dynamic trials. 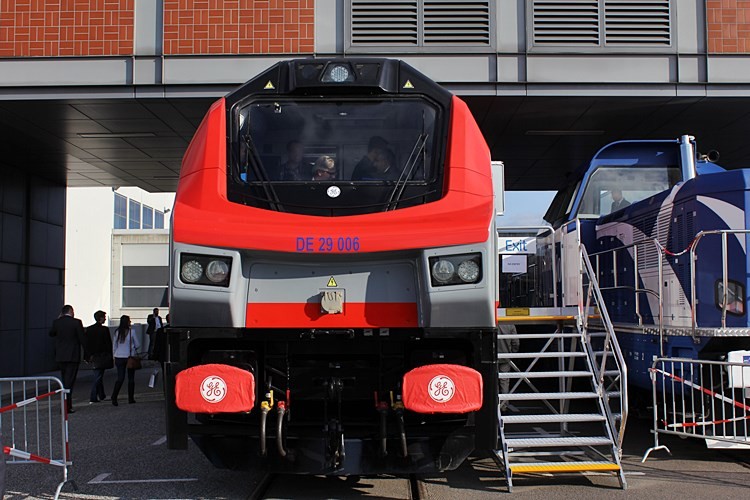 Currently, type approval for the PH37ACai in Western European countries has not yet been obtained. However, homologation for the Netherlands, Belgium, Luxemburg and Germany has been requested and is in full swing. In the first three countries, dynamic trials have been performed and type approval is expected to be obtained soon. Also in Germany, GE Transportation expects a succesful homologation process. As from December, launching customer and homologation partner HHPI expects to use locomotives 29008 (II) and 29009 for a recently won coal contract between the Netherlands and Germany.