[FR/NL] Locomotives that did not enter service (2): Crossrail Class 66s 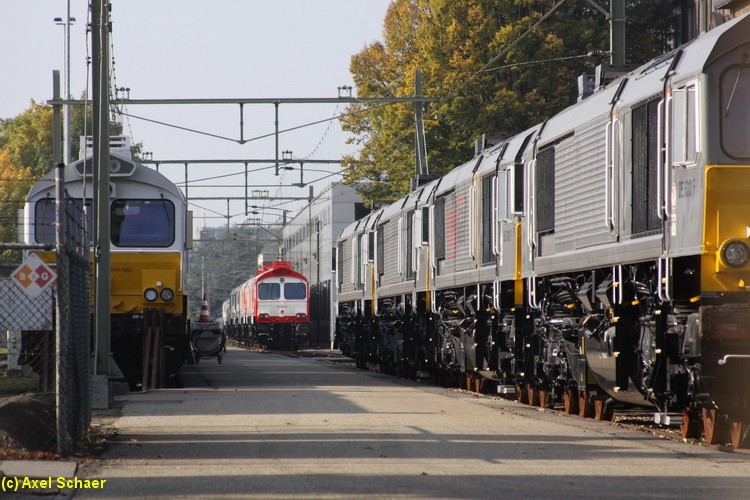 On 2013-04-21 we showed you the three Class 66 locomotives, which were waiting in Tilburg to enter service with Veolia as 77501 - 77503. However, this never took place and they eventually ended up with Akiem, that leases them to VFLI. In Tilburg more Class 66 were present for customer specific adjustments, for example some locos of the ECR 77000 series and four Crossrail locomotives configurated for DE/BE/FR.


The Crossrail locomotives, which were numbered DE6310F - DE6313F, didn't see service with Crossrail either. Just like their Veolia counterparts they were eventually sold to Akiem, that leased them to VFLI as 77504 - 77507. The images above were made by Axel Schaer at Tilburg on 23.10.2009 and show the four Crossrail locomotives to the right. In the background Veolia 77502 is visible, accompanied by various ECR Class 66 locos to the left.