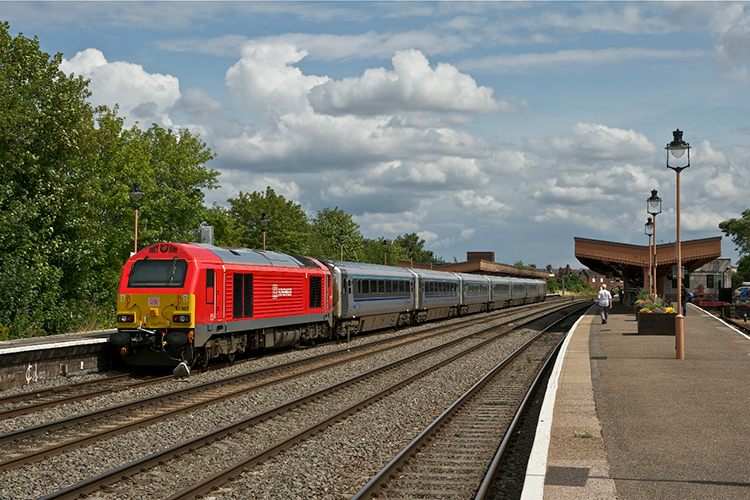 
In October 2016, DB Cargo UK released a notice in which it stated that it would offer two Class 67 locomotives for sale. The locos involved were 67023 (EWS livery) and 67027 (DB Schenker red livery). It has now become apparent that the two diesel locomotives have found a new owner in Colas Rail.


With the acquisition, Colas Rail further expands its locomotive fleet, as it will also take delivery of seven new Class 70 locomotives from GE Transportation this year. 67023 and 67027 are currently receiving maintenance and are expected to be repainted into the well-known orange-yellow-black color scheme. With their high maximum speed of 125mph (200km/h) the locomotives will predominantly be used to provide traction for fast measurement trains.


Built in 2000, the two Class 67s were delivered to English Welsh & Scottish Railway (EWS), which leased them from Angel Trains. After an approximate 15 years, ownership of the locomotives transferred to DB Schenker Rail UK (now DB Cargo UK) that had taken over EWS in the meantime.