Home Stadler Rail Valencia PL42AC [ES/USA] Did you know that... 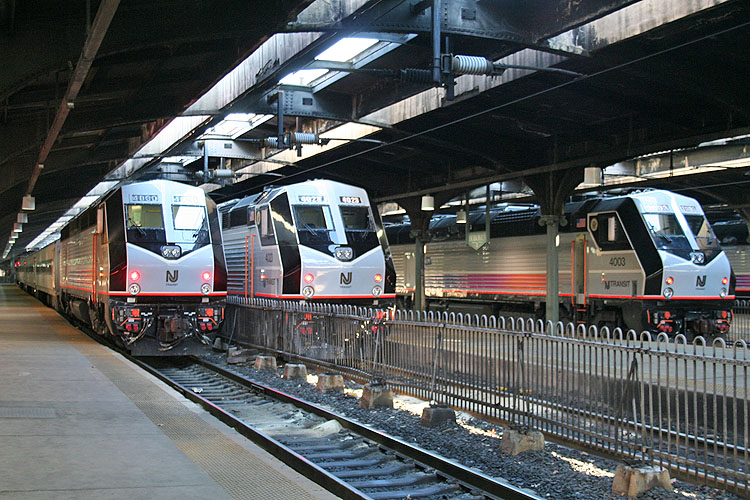 Did you know that the Alstom locomotive plant in Albuixech (Valencia), which is currently owned by Vossloh, also produced Prima locomotives for the US? 33 PL42AC passenger diesels were constructed for operator NJT - New Jersey Transit between 2003 and 2006. The image above is our first image of these distinctive locomotives. It shows NJT 4030, 4023 and 4003 at Hoboken Terminal, awaiting their next services during the evening rush hour.


Did you also know that Vossloh will build a batch of 17 passenger diesels for the US market as well? On their website an order is visible for 17 F125 locomotives (an EMD product), which were ordered by Californian operator Metrolink.