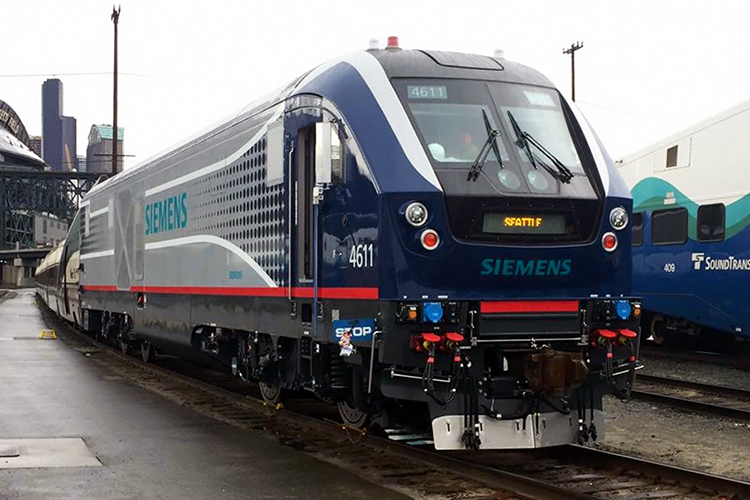 IDOT Charger locomotive 4611 parked at King Street Station in Seattle. It will be on a series of test drives on Amtrak's Cascades route to certify them for national use. Picture by WSDOT.


In December 2016, Charger locomotive 4611 arrived in the state of Washington to take part in a series of national certification trials of the new Charger locomotives. The Washington State Department of Transportation (WSDOT) has been selected by the Federal Railroad Administration to conducts these tests. WSDOT is to receive eight Charger locomotives from Siemens, which are currently under construction in Sacramento at the Siemens USA works. Therefore, a Charger for the Illinois Department of Transporation (IDOT) is used for the trials instead.


The locomotive will travel up and down the Amtrak Cascades corridor several times in February. According to WSDOT, "The tests are essentially a large-scale test drive. The locomotive, attached to an Amtrak Cascades trainset, will travel various sections of our existing Vancouver, British Columbia to Eugene, Oregon corridor. No passengers will be on board, but Amtrak and Siemens staff will be on hand to test and monitor how the locomotive operates. Previous tests were conducted in a special closed-track facility in Colorado, but the Washington tests put the locomotive on active tracks for the first time." 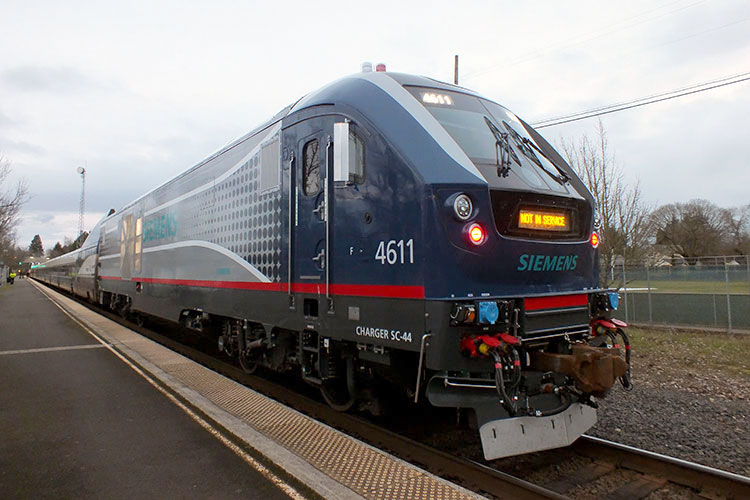