The indicated transfer of 247 908, the first of two Vectron DE locomotives acquired by RDC Autozug Sylt, to Northern Germany in the weekend of 11-12 November was set into motion as planned. Provisionally decorated by small Autozug Sylt logos, the loco will retain its white livery for the time being. The loco will be used for training purposes for several weeks and used in commercial service at year's end at the latest. 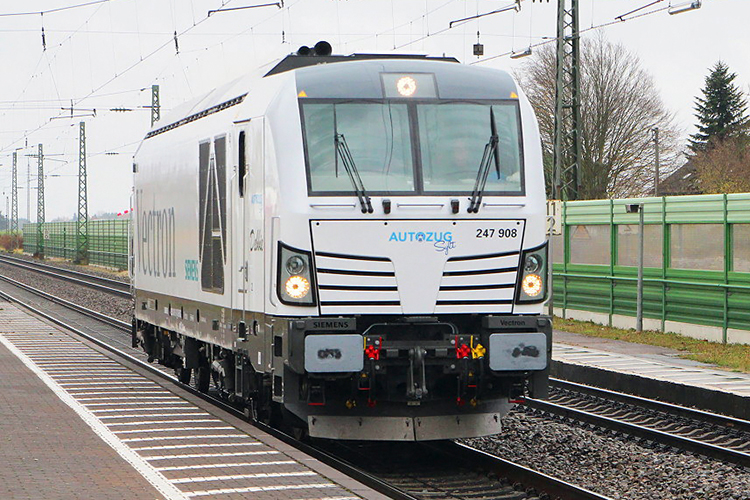