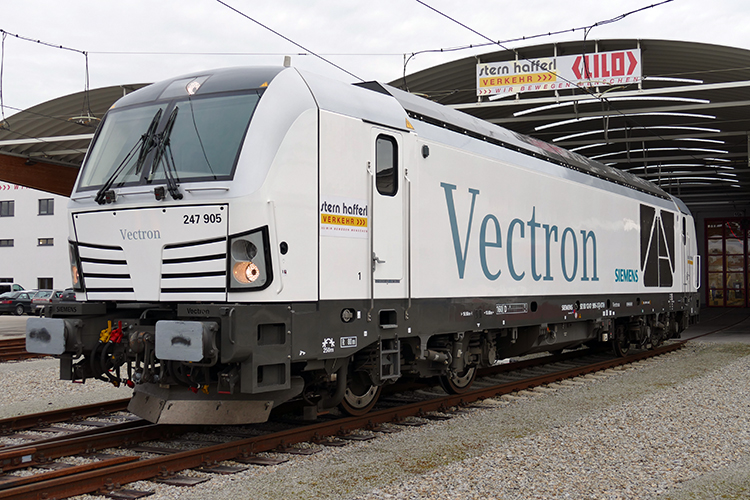 
On 2 December, we could already report that Stern & Hafferl had acquired Vectron DE locomotive 247 905 from Siemens. The, manufacturer released a first official image of Stern & Hafferl's newly acquired locomotive, decorated with the operator's logos. The contract for the locomotive was signed in the Autumn of 2017 and the locomotive, which left the Siemens works on 28 November, is to be handed over officially at some point in December.


The locomotive has Siemens Trainguard Basic Indusi on board and is equipped for services in Germany and Austria. Eyed operations with the new acquisition include international services between these two countries and, especially, service in the Upper Austria area towards Aschach an der Donau. 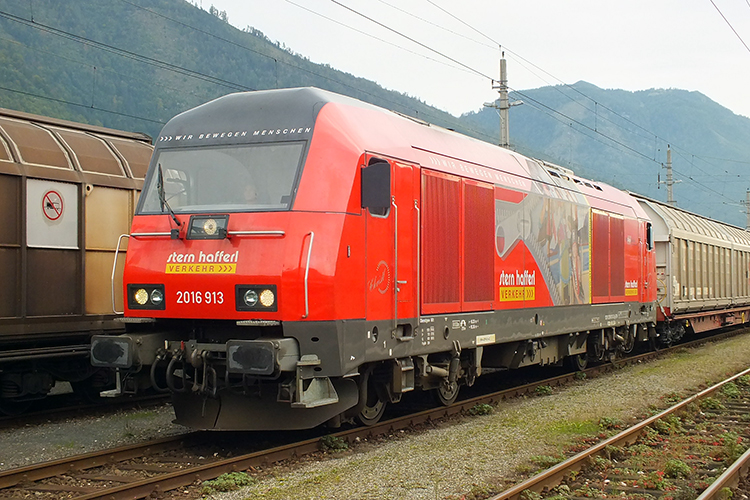 2016 913, one of the four Siemens EuroRunner locomotives the Austrian operator already has in its fleet, at Ebensee on 22 September 2017. Picture by Klaus Görs.