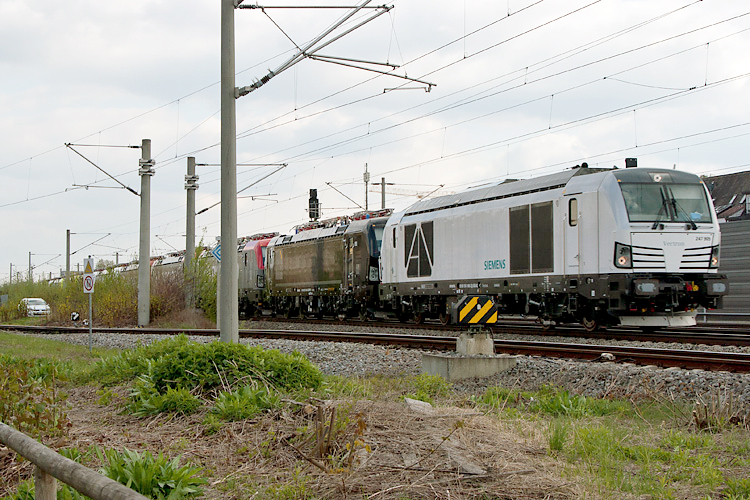 Siemens 247 905 in München-Allach (x2) and Unterföhring on 19 and 20 April respectively. Pictures by Frank Weimer and Michael Raucheisen.


A 'Lastprobefahrt' last week with Siemens 247 905 gave us the opportunity to have a little peak into the future of the Siemens Vectron production. Siemens decided to use a batch of new Vectron electric units to serve as 'ballast weight' during the test runs. All machines are new and did not yet leave the factory gates.


Update: 247 905 has been handed over to InfraLeuna as a temporary replacement of 247 907, because Siemens will perform some finishing touches on the latter.

A view on the first new Alpha Trains locomotives of the +4 option and the three final PKP Cargo locomotives. Pictures by Frank Weimer.