CDTX 2105 at the California State Railroad Museum in Sacramento on 18 April 2017. Picture by Siemens USA.


On April 18, Siemens announced that it would start a testing scheme with Caltrans to evaluate the performance of the SC-44 Charger in revenue service. To do so, the locomotives is to be tested on California's Capital Corridor passenger service. Testing is due to begin in late-April.


The announcement was made at the California State Railroad Museum in Sacramento, located only miles from the Siemens production facility. There, Caltrans Director, Malcolm Dougherty staid: Not only will they make for a more sustainable transportation system, but are also expected to improve reliability and help efforts to double current statewide ridership of 5.4 million passengers by 2040. Siemens Rolling Stock President Michael Cahill added: Unveiling the first of these locomotives built in California, for California, is a testament to the hard working employees in Sacramento who designed, engineered and manufactured these state-of-the-art rail vehicles. Were proud to bring the latest technologies to life for Capitol Corridor riders and help usher in the next generation of clean, smart and efficient rail travel in California. 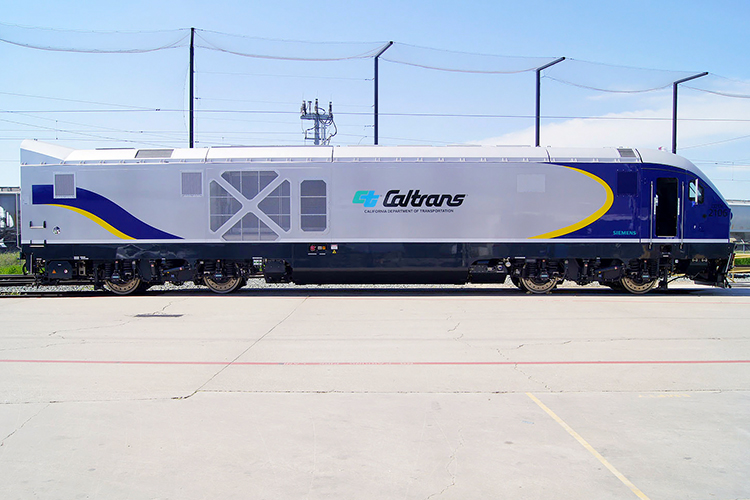 CDTX 2106 in an advanced state of production in mid-March 2017. Picture by Simon Wijnakker.