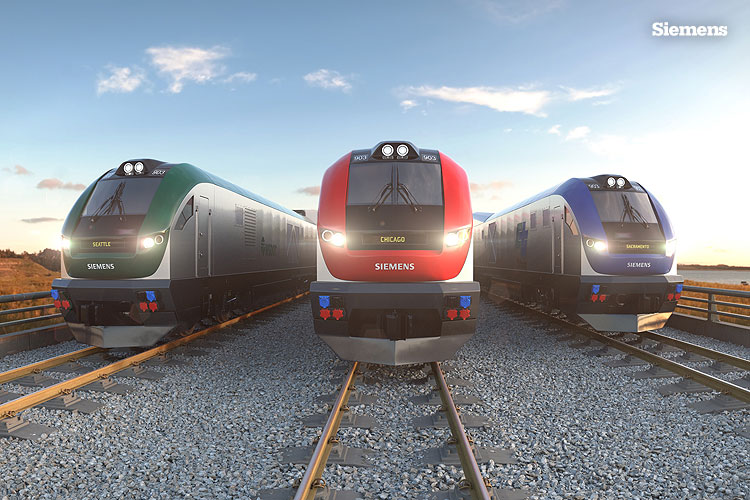 The Departments of Transportation for the U.S. states of Illinois, California, Michigan, Missouri and Washington have awarded Siemens a contract for the delivery of 32 diesel-electric passenger locomotives. The contract is valued at approximately €165 million ($225 million). It includes a purchase option for another 225 locomotives which will be used for regional and mainline trains traveling at speeds of up to 200 km/h (125 mph). The 32 locomotives ordered are scheduled to be delivered between fall of 2016 and mid-2017. "For Siemens this order marks our entry into the U.S. diesel-electric locomotive market and strongly underscores our long-term vision for the U.S. passenger rail market", Jochen Eickholt, CEO of the Siemens Rail Systems Division, emphasized. The diesel-electric locomotives will be manufactured at the Siemens plant in Sacramento, California.


The Charger locomotives will be used exclusively in passenger service. The primary traction drive, a 4,400 hp-rated diesel engine with 16 cylinders and a cubic capacity of 95 liters, will be manufactured in the U.S. by Cummins Inc., headquartered in Columbus, Indiana. These modern locomotives are powerful and efficient and will deliver a cleaner ride, with better air quality and reduced emission rates ensuring compliance with the Federal Railroad’s EPA Tier IV regulation required to be in place in 2015.