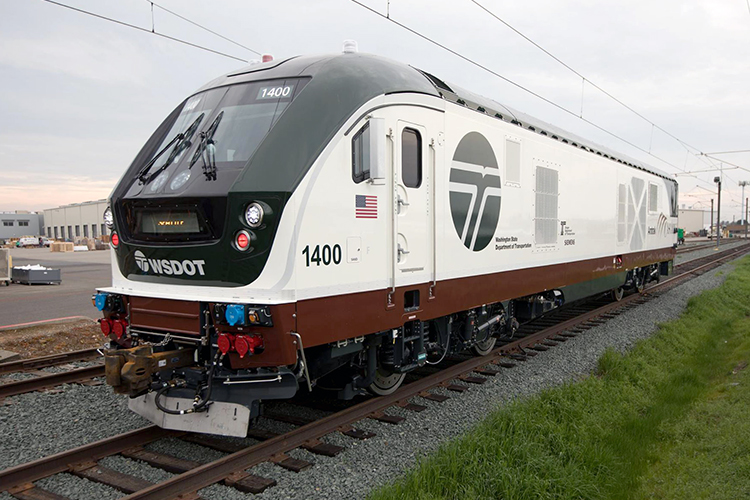 Freshly delivered WSDOT Charger locomotive 1400 outside the Siemens works in Sacramento on March 6, 2017. Picture by WSDOT.


On March 6, the first Charger SC-44 locomotive for the Washington State Department of Transportation (WSDOT) left the Siemens works in Sacramento with one of its sister locomotives. The locomotives will be used on Amtrak Cascades services, starting in the summer of 2017. According to the operator, the two locos will first be subjected to 500 miles of acceptance runs to get their engines run in before being delivered to Seattle in late March or early April.


WSDOT ordered eight Charger passenger diesels from Siemens in 2014 as part of a joint locomotive procurement programme together with the transportation departments of Illinois, California, Michigan and Missouri. The locomotive will enable WSDOT to cope with increased travel demand and to introduce two additional round trips between Seattle and Portland.


The first @WSDOT Charger #locomotive rolls out of our Sacramento #manufacturing plant. pic.twitter.com/NMyFEnQBNz