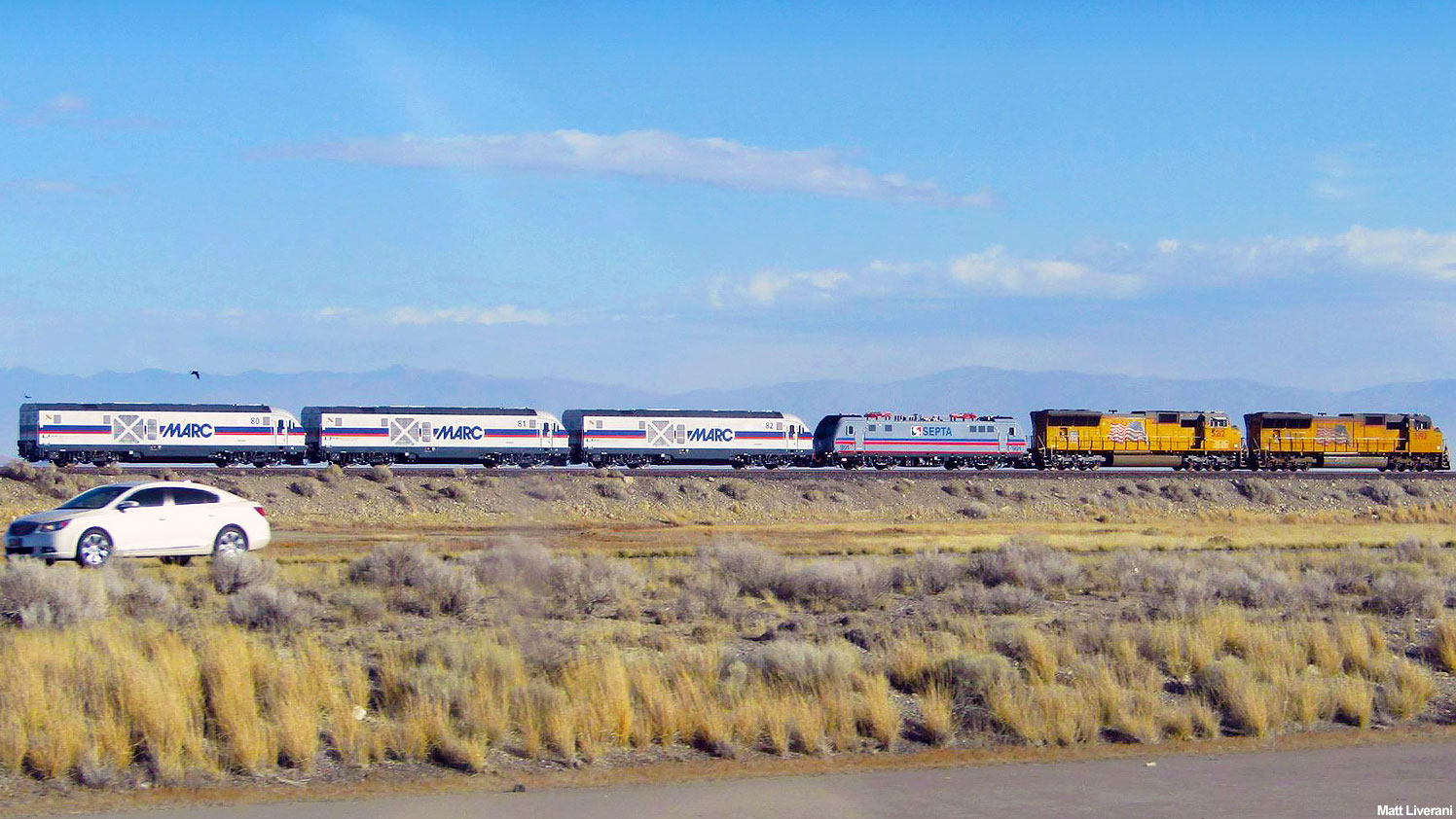 MARC Chargers 80, 81 and 82 on transport together with SEPTA ACS-64 901 behind two Union Pacific diesels near Delle on 3 December 2017. Picture by Matt Liverani of the Desert Empire Project.


The first three Chargers ordered by the Maryland Transit Administration (MTA) for its MARC (Maryland Area Regional Commuter) services have left the Siemens works in Sacramento. The locos were ordered in 2015 from an option for 225 Charger locomotives, which was included in the multi-state procurement framework launched by the states of Illinois, California, Michigan, Missouri and Washington.