The future DRS 88001 performs dynamic trials with a loaded freight train at VUZ Velim in the Czech Republic on May 5, 2016. Picture by Ludwig GS.


It has been indicated that production of the ten Class 88 electro-diesels ordered by DRS through Beacon Rail Leasing is progressing well. All locomotives are in an advanced stage of production and initial driver familiarisation has commenced in anticipation of the first loco arriving in the UK in the near future. Reports mention December 2016 or January 2017 for the debut of a Class 88 on British rails. 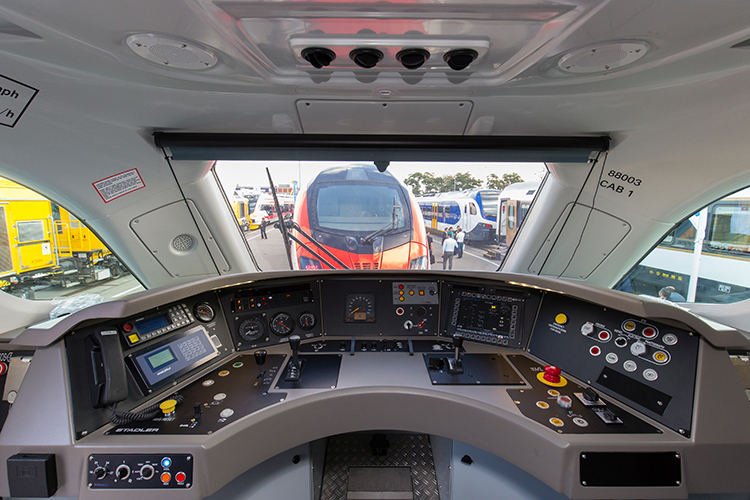 Cab view of DRS 88003, which was presented by Stadler Rail Valencia at the InnoTrans 2016 trade fair. Picture by Henk Zwoferink.